I have never uttered those words. Not once. I know some people like snow and cold and that’s great for them. But not me. So you can imagine my dismay at having a few trips in the past six months dampened by cold, rain, snow, ice, and whipping winds. Such is the case with this weekend’s visit to Nashville. So much for Nashville having more temperate February weather than my home in D.C. *rolls eyes* Apparently, that raging bitch Mother Nature had a little something up her sleeve. Frigid temps all weekend and an ice storm that intensified to a level that seems to have even surprised the weather forecasters. But out of spite, I would not let below zero windchills and a couple inches of snow and ice get me down.

I could hear the freezing rain beginning around 2:30 a.m. on Monday,

and by 7 a.m. there only appeared to be a dusting of snow. Then I heard what sound like the crunching/scraping/grumbling of a snow plow. It seemed weird because this is Tennessee… they have like two plows, right?? No, it was just an SUV slowly breaking through the half-inch crust of ice. That’s when I realized I was probably screwed as far as my 6:00 p.m. flight actually happening. Sure enough, by 9:30 a.m., it was cancelled until the next night… along with all other airline activity. So I went out in search of coffee while the hubby started the car and put the heat on full blast to start melting the growing layer of ice.

Pretty much everything was closed, but luckily the amazing Bongo Java East was open. I had one of their winter signature drinks, the Cool Runnings latte. It has ginger, black pepper, and a dash of lime simple syrup. I know this sounds like a crazy combination, but it was crazy good and tangy. 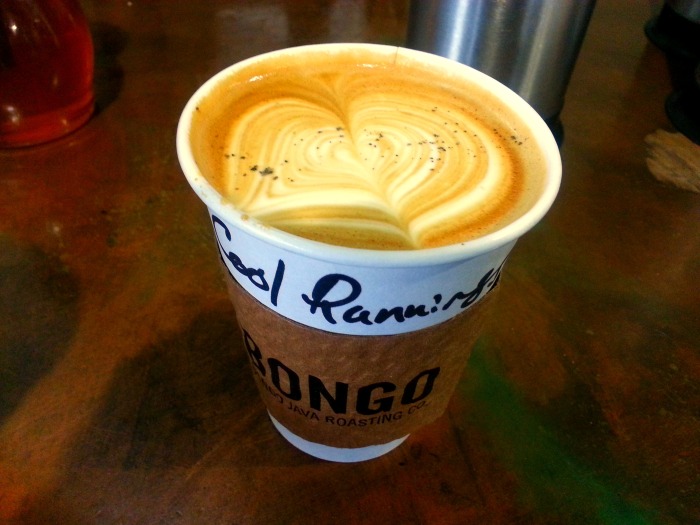 After much waiting, minimal ice melting, and the use of our apartment host’s grilling tools to scrape ice off the car, we slowly ventured downtown. We stopped by the old Marathon Motor Works building, now called Marathon Village, because it’s supposed to have some fun commercial spaces with a coffee shop, a distillery, art studios, an antique store, and other various shops. 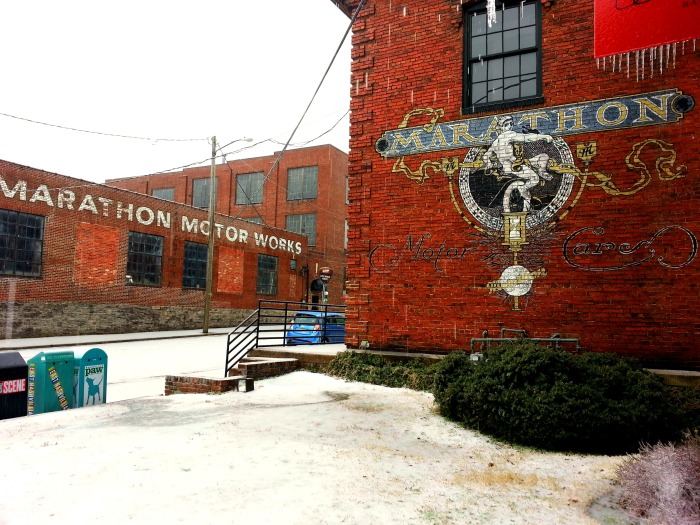 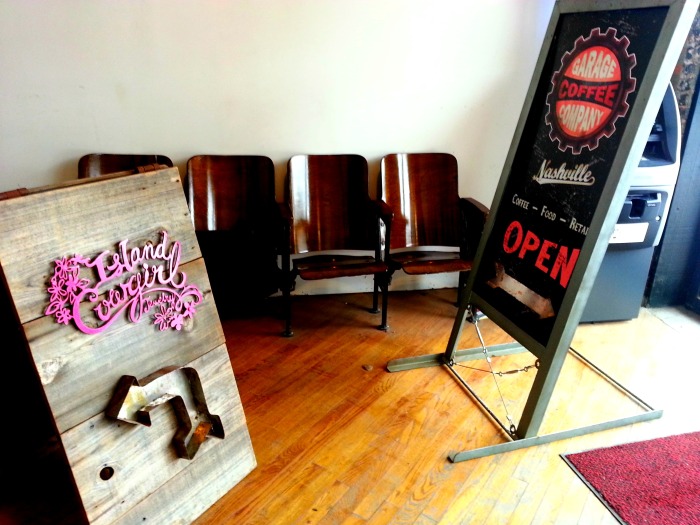 Well, the businesses were closed. It was still fascinating to see some of the renovated signs and building components left over from the early 1900s. I hope to explore the new shops and historic building further on another visit. 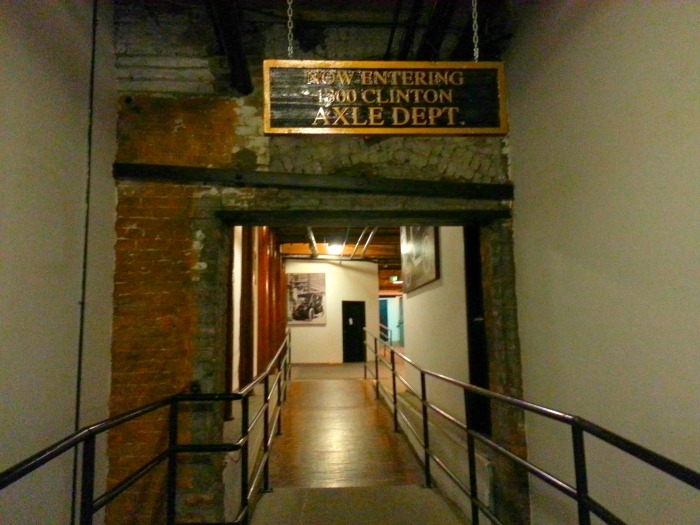 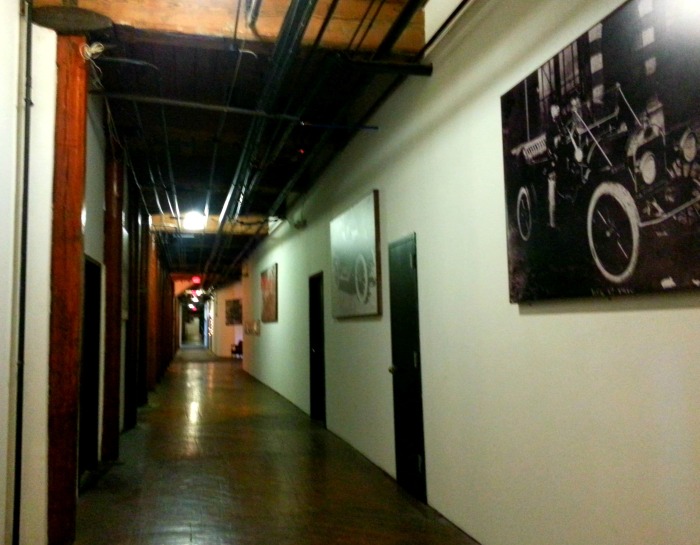 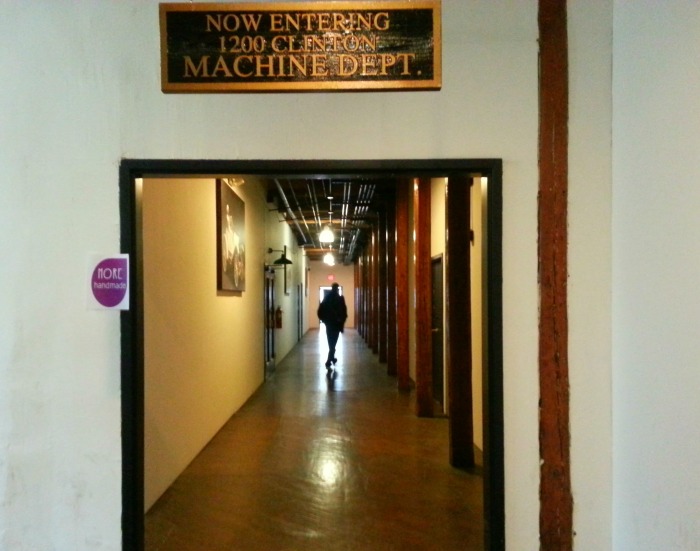 I’ve mentioned before that while traveling I try to patronize local restaurants rather than going to chains. But you know what, sometimes you’re starving and the only dang thing open is a Rock Bottom Brewery that’s serving a limited menu. You know what else? Sometimes that Rock Bottom bacon cheeseburger is utterly delicious and you’ll eat the hell out of it while gazing outside at the few other brave souls wandering about, while the TV news crews park their dish trucks and do weather live shots. This was one of those times. 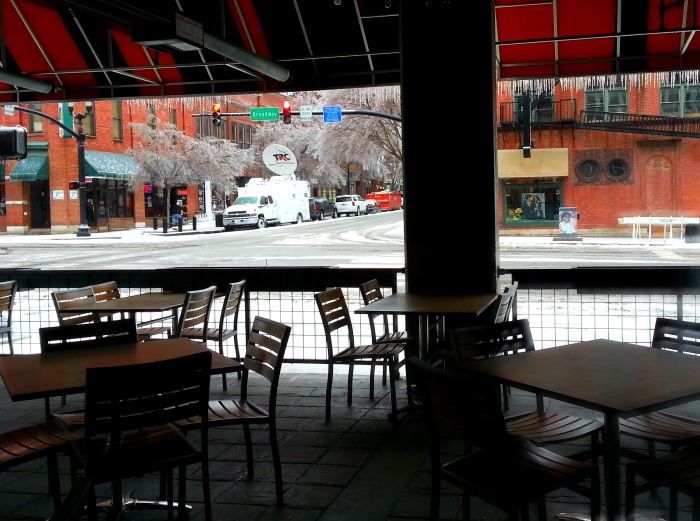 Let’s get real here… it’s never really a good sign when guys from The Weather Channel start shooting video of the ice caking your streets and lining your awnings, or when CNN reporters are doing live shots downtown. 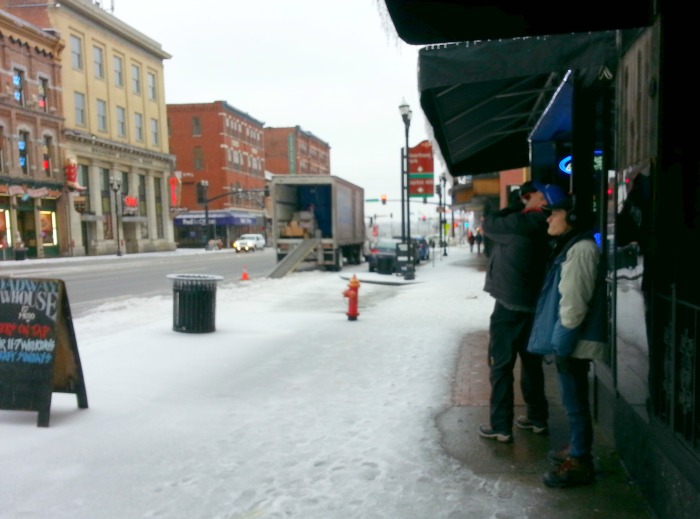 Still, we wandered around, trying to find something to do. I saw a fountain that definitely should have been turned off. But now the statue has a lovely chunk of ice shrouding her feet, just like the ice covering everything else in town. 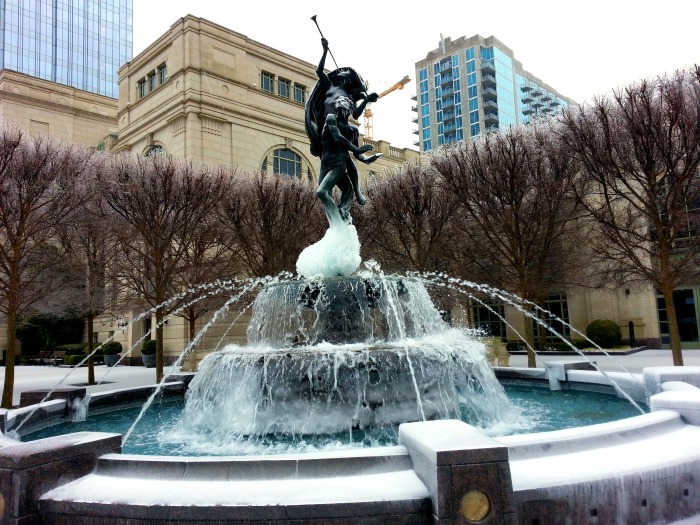 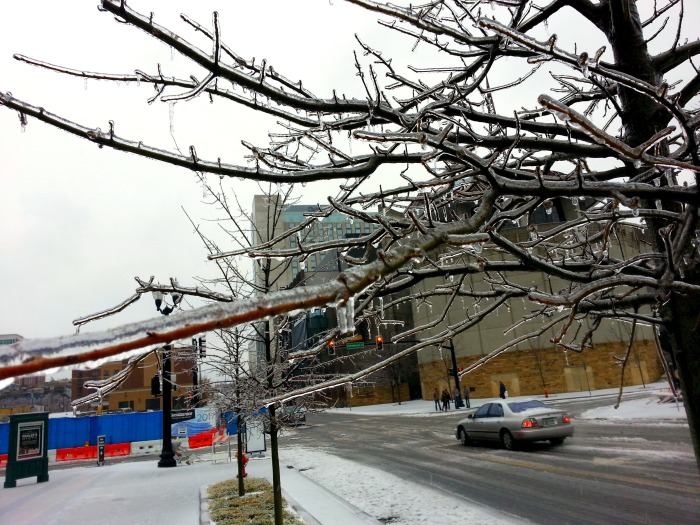 Let’s take a tally of what was closed, shall we? Most restaurants, stores, and honky tonks in downtown Nashville: closed. 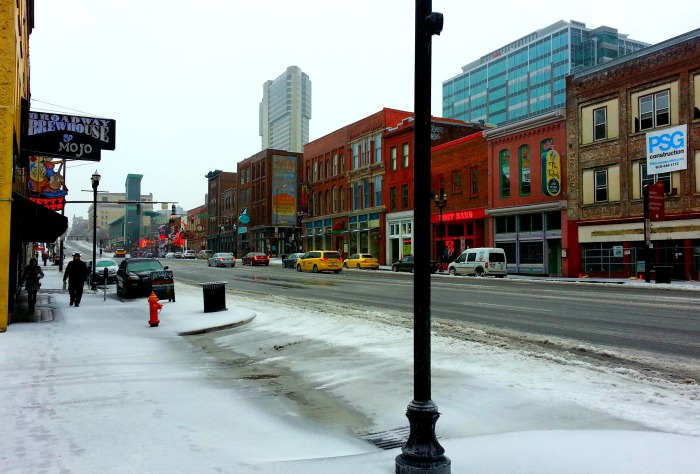 The Country Music Hall of Fame (which, quite frankly I hadn’t been interested in, but thought it might be acceptable on a day when I needed something to do): closed. 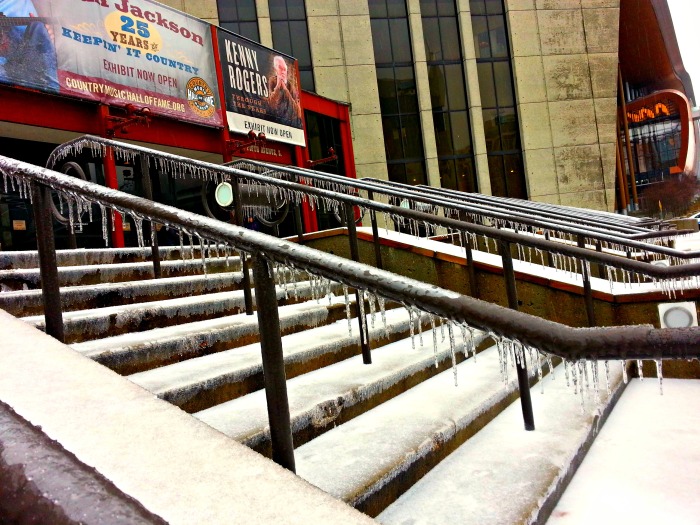 Grand Ole Opry: Closed. Movie theaters: closed. I even got such cabin fever that I went to a mall to walk around. But… 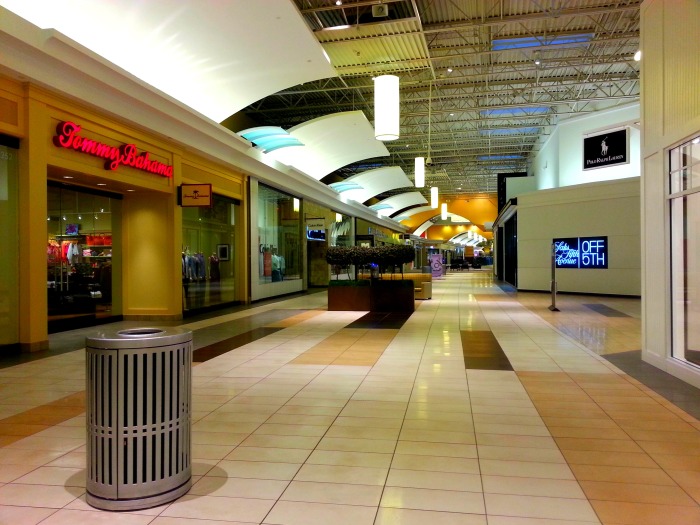 … that’s right, it was a ghost town. A couple of doors were open and the hubby and I were two of about five people walking around. That is, until a security guard kicked everybody out. So… CLOSED. So just like this frozen little tree in the mall parking lot, I was defeated. 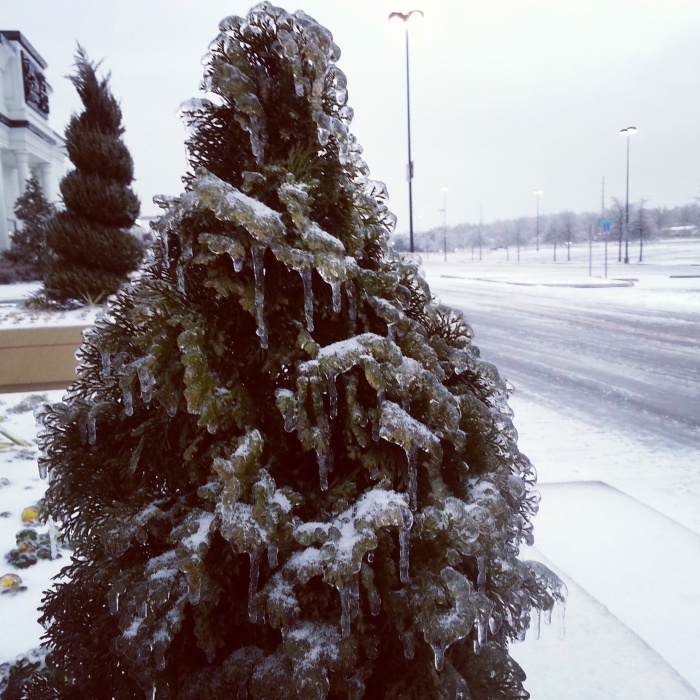 That, my friends is how I came to rely on the free manager’s reception at the Club Hotel Nashville for downright dinner instead of merely snacks. Free drinks (including adult beverages), free nachos, free salad, free hot dogs, free twice-baked potatoes, free cheese and sausage, free fresh fruit. Sure, it wasn’t the Ritz Carlton, but doggone it, it was not bad at all! And the man working there was incredibly friendly, even encouraging me to keep coming back until the reception ended at 7 p.m. With that hospitality and the free Showtime and HBO, the hotel stay nearly made me forget that what was supposed to be my last day in Nashville was spent not really doing much traditional Nashville stuff. It reminded me that checking out “Nashville stuff” can mean meeting and getting to know the nice locals, not simply checking off so-called “must see” attractions. Sometimes it takes an ice storm to get you to notice the warmth of other people.

5 thoughts on “Freezing and Stuck in Nashville”