My visit to St. John’s, Newfoundland, began with a bit of excitement. I made it to the hotel just fine, but the hubby had a bit of a delay. Actually, a huge delay. Turns out the one-runway St. John’s airport was shut down due to a bomb threat. My husband’s plane was able to land, but then was taken to an area away from the airport terminal, where it sat among emergency vehicles for four hours. The idea of this tiny airport being the subject of a bomb threat was comical, but boy did I feel badly for people caught on that plane for so long. Luckily, the hubby made it to our hotel sometime after 1am and got some sleep, because there was great adventure in store the next day! 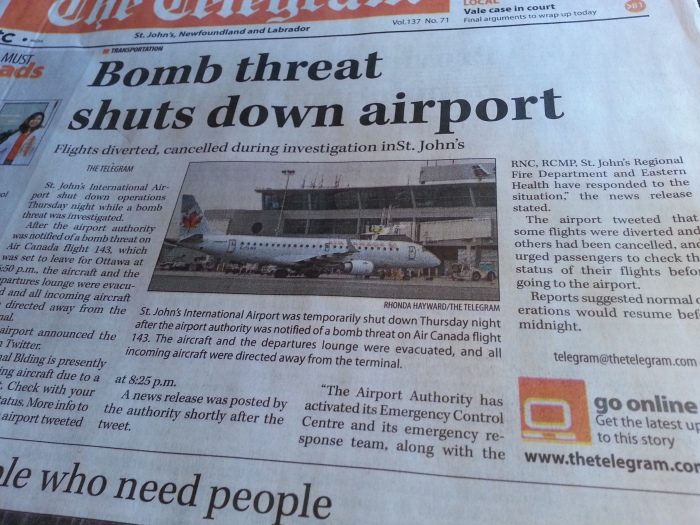 If there’s one thing that defines St. John’s it’s natural beauty, and particularly aquatic beauty. Visiting this place would be incomplete without a water-based adventure. Granted, I don’t mean in the water because it’s cold as Satan’s heart, but perhaps just on the water. So I took a multi-hour bout tour on the waters surrounding the Canadian city.

This photo is unaltered so you can see the incredible turquoise water. I haven’t seen anything like this outside of the Caribbean.

Here’s a view of St. John’s from the water. 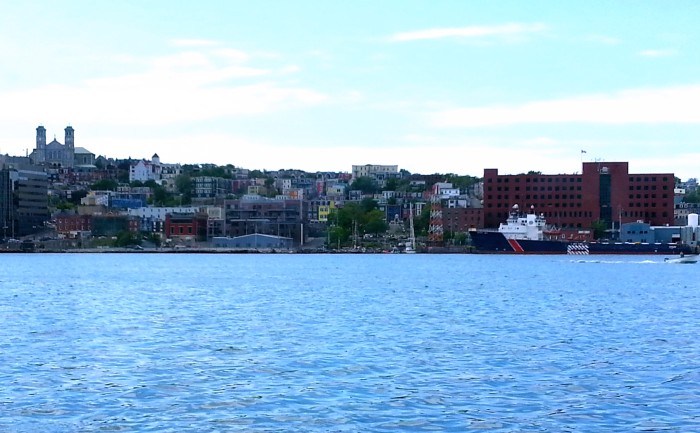 This, my friends, is Cape Spear, the easternmost point in North America. That’s right, when you are at this point, the entire population of North America lies to your west. Ooooooh ahhhhhh. 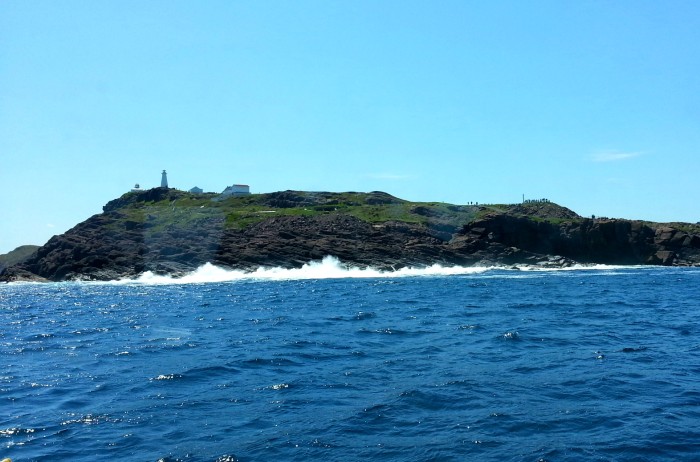 Shortly after reaching this point, I saw a humpback whale breach! The behemoth showed its side and a fin, but it was too quick for me to snap a pic. Trust me, the sight was breathtaking.

Even if you aren’t a fan of the water, there’s plenty to see in St. John’s (in addition to the famous Signal Hill, which I already wrote about). I came across this interesting crosswalk with walking humans painted every few feet. It must have been unclear the first couple times, because apparently it was necessary to paint them on the entire stretch… this is only a portion of it.

But it led to this interesting statue of Terry Fox, which was unveiled in 2012. Fox lost much of his right leg to bone cancer as a teenager, prompting him to run across Canada to raise money for cancer research. On April 12, 1980, Fox dipped his artificial foot into the Atlantic Ocean at this site to begin his journey across Canada. He ran from coast to coast, averaging about 26 miles a day… that’s an entire marathon each day, for those keeping score. He died a little more than a year later. The statue now marks the “Mile 0” site. Quite an inspiring story.

Also inspiring is how musically-minded residents are. Everywhere you walk there’s somebody playing an instrument or singing, and nearly all the bars feature musical entertainment. There’s a significant traditional Irish influence in the music; it was fun to pop into bars or restaurants to find a group of residents sitting at a table and playing Irish music. I also found a music store that specialized in a lot of traditional Irish instruments.

These guys weren’t playing music, but rather exhibiting another art form: Stone carving.

I particularly enjoyed one random, yet innovative, feature in St. John’s: Maps painted on electrical boxes.

Speaking of random, sometimes when you’re having a great time, you just have to get a little weird. Because life is too short to be serious all the time. 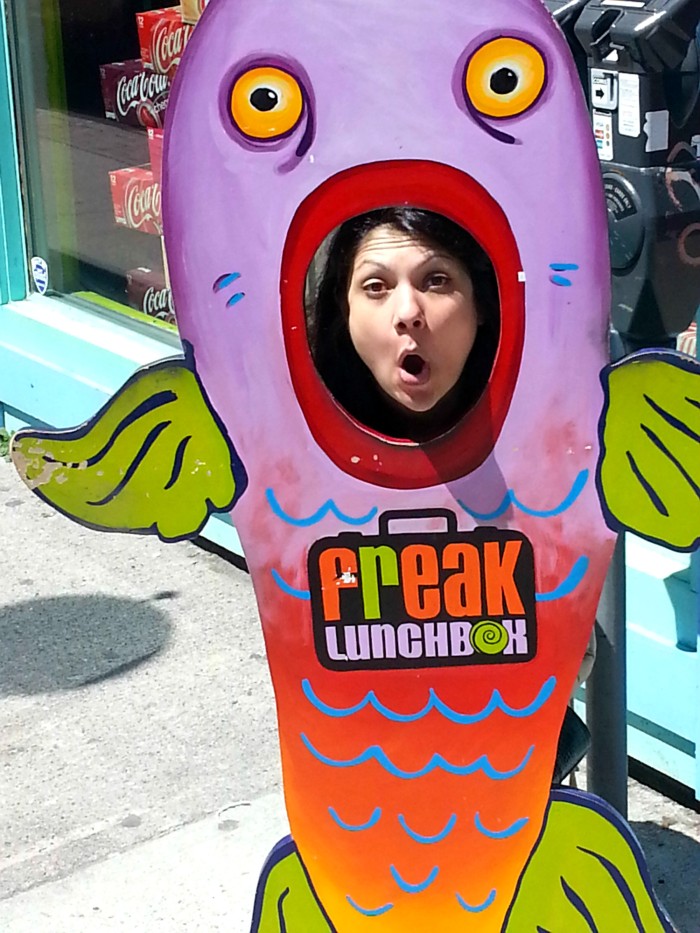