You can read travel guides, watch videos, scour the internet and ask friends for information about your new travel destinations, but you almost always will be met with some surprises. I really think you’ll find at least one small thing at each new place that leaves you wondering “why didn’t I know this?” or “why didn’t they tell me THAT?”

That’s what this segment is all about. Today, a look at what I didn’t expect in Costa Rica… minus the two most shocking things I discovered and already wrote about: the country’s sex trafficking and “revenge fire” problems.

1. Give Me a Sign — Costa Rica is one of the most challenging countries I’ve ever had to navigate. There are no street signs or addresses anywhere. I had a couple of excellent, detailed maps with street names and they didn’t do squat because none of the roads were labeled in reality, even in the bigger cities. The best I could find were a couple of large signs like this, but they weren’t that helpful either… they don’t even give you the proper turn-offs or correct distances.

Ticos, as Costa Ricans call themselves, give directions based on landmarks like “turn left near McDonald’s” or “drive straight ahead until you reach the pink house.” This is incredibly challenging, especially if you drive at night, because most places have no streetlights and are pitch black. It’s also extra challenging if the Ticos reference something they all know about that no longer exists. For instance, they might say “turn left at the old tree,” but the tree was cut down 10 years prior. Apparently the government launched an initiative about a decade ago to instate addresses, but it hasn’t really taken. And yes, this does cause a lot of trouble with mail delivery. About a quarter of mail sent to and within the country is undeliverable, especially if it contains an address like “To the guy who sits on the corner near the tree most days.” If you’re driving in Costa Rica, spend the extra few bucks and rent a GPS if you don’t already have one. It will save your sanity!

2. Rocky Roads — Not only is navigating difficult, but Costa Rican roads really are not stellar. They’re getting better, but many of them are dirt or filled with rocks. Yes, this is actually a road to a major wildlife tourist destination. It felt like we were going to lose an entire wheel while driving on this.

I’m a cheapskate and also don’t need a lot of room so I always opt for a small car, but I definitely regretted that choice in Costa Rica. Upgrade to a sturdier, rugged vehicle. Also, and this is VERY IMPORTANT, research your insurance coverage. Insurance is mandatory for renting a car there, and their system is very complex; sometimes they use the complexity to trick people into getting more expensive coverage. Know what your plan at home covers in foreign countries and research the Costa Rican system on the internet so you aren’t duped once you arrive. Ticos drive like maniacs and the roads are rough, so do not simply expect you won’t get any damage to the car! Also, be sure to take photos of the car as you’re returning it. There have been some stories of people getting bills in the mail for thousands of dollars of damage they didn’t do.

3. Sweet Disposition — Ticos are very nice, courteous and like to help. They embody the national phrase “Pura Vida,” which is a chill idiom they often say to mean “right on” or “all’s well.” The niceness might be to a fault, in some cases, as Ticos eager to help sometimes give the wrong information; they just don’t want to say no or seem unhelpful. This is a big factor when asking for directions, which you likely will have to do a lot because of the previously mentioned lack of signage. The hubby and I asked a guy for directions and we speak Spanish well. The man wanted to be helpful but told us exactly the opposite way we should have gone: He said turn left instead of right! That led to a half hour of headaches, again thanks to there being no street signs. Enjoy the Ticos’ constant kindness, but be wary when asking for directions!

4. Where’s the Beef? — Chicken is the main meat consumed in Costa Rica, but there definitely is plenty of beef. The beef, however, is a little… weird. As it turns out, the texture is different because the meat is so lean; that’s also what causes the lack of flavor, because fat=flavor. This made sense when driving throughout the country and seeing hundreds of skinny, bony cows. There’s nothing wrong with them, it’s just a different breed than we typically see in the United States. Despite how proud Ticos are of the lean, high quality of their beef, I’d recommend passing because it’s just not going to be the juicy, melt-in-your mouth steak Americans are accustomed to.

5. Eruption Zone — I knew Costa Rica had a lot of volcanoes, eight of them considered active, but I didn’t realize just how active. That is, until one erupted while I was there and shut down the airport about 36 hours before I needed to hop a flight. How’s that for nerve-racking?? Having hiked dormant or extinct volcanoes before, I was expecting all of them to look like large, gorgeous hills. Many of them did. It’s often tough to determine which hills are merely mountains and which are volcanic. 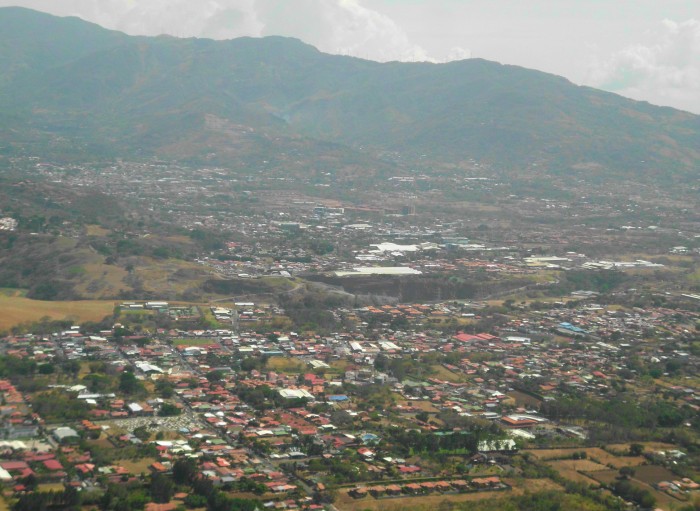 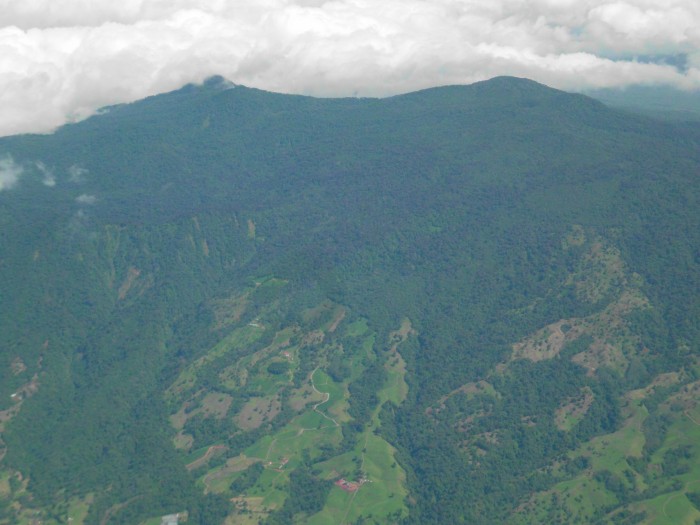 But Turrialba Volcano decided to get cranky and demanded attention. It had a significant eruption, but I was staying far enough away so I didn’t see or breathe in the ash. The airport closed and re-opened a couple times. Once it re-opened for good and I was on my flight, we had a two-hour delay because the pilot had to re-do the flight plan to avoid the smoke and ash. The whole situation reaffirmed my belief that volcanoes=awesome.

For the record, we really lucked out with not suffering major consequences of the March eruption. That blast is speculated as being the beginning of a more dangerous phase of volcanic activity. Last week, Turrialba blew again and shot hot rocks miles into the sky. Scientists are trying to figure out if there is magma flowing close to the crater that could surface. They are scrambling to gather information and believe Turrialba could be a big problem for nearby residents in the coming weeks and months. This, dear readers, is why you must not underestimate the power and activity of Costa Rica’s volcanoes. Theyz for realz and theyz active.

6. Feeling a Chill — I have spent most of my life swimming in the warm waters of the Caribbean and relatively warm Atlantic Ocean, but I have less experience with the Pacific Ocean. Guess what? It’s cold. Costa Rica’s Pacific coast is known for having excellent beaches and water sports, so I was excited to stay there. Upon going into the water for the fabulous snorkeling, my first thought was OHMYGODIT’SSOCOLDTHISISTERRIBLE. Caribbean waters these are not. Swimming farther out to deeper rocks and reefs made it even worse and I returned a shivering, goosebump-covered mess. Yes, I am a cold weather wuss, that is not a secret, but even the hubby could only take so much of the cold water. If you are going to spend significant time in the Pacific and you haven’t before, know it is not warm and consider a wetsuit.

Obviously, everyone’s experience is different and these are just some interesting things about Costa Rica that struck me, personally. Let me know in the comments section if you were surprised by anything while visiting there.